Unless otherwise noted, all lectures and book talks are held in the Slave Quarters located at 15 George Street in Medford, Massachusetts. Visit our Directions and Map page for more information.

For regular public programs, admission is free for members, free for two guests per EBT card, and $10 for non-members. Tickets are available for purchase at the door unless otherwise noted.

The two institutions sign agreement to collaborate on education and research opportunities.

Harvard University and the Royall House and Slave Quarters in Medford, Massachusetts today announced a cooperation agreement to strengthen their collaboration on future research and educational programming. Harvard Law School also announced that it will provide a gift of $500,000 in financial support to the Royall House and Slave Quarters to help fund its staffing, operational, preservation, and other needs and to support the development of new community programming. In addition, Harvard Law School and the Harvard University Faculty of Arts and Sciences, particularly its Charles Warren Center for Studies in American History, noted that they will work with the Royall House and Slave Quarters to create additional opportunities for Harvard students and other members of the University community to visit the museum for reflection, learning, and research.

A 1781 bequest to Harvard College from Isaac Royall Jr., who earned his wealth from the labor of enslaved people, helped establish Harvard Law School. Royall’s donation funded a professorship that was ultimately transferred to, and contributed to the development of, the fledgling law school in 1817.

“Our community has for a number of years grappled with the painful history associated with the Law School’s founding,” said John F. Manning, the Morgan and Helen Chu Dean and Professor of Law at Harvard Law School. “Our work with the Royall House and Slave Quarters will help us continue together to acknowledge, learn from, and share with others our complicated history, to honor and commemorate the enslaved people whose labor generated wealth that contributed to the establishment of our law school, and to better understand and address the ongoing legacy of slavery in today’s society.”

“To understand contemporary society, we all must contend with the history of slavery and the institutions it founded and shaped in our own backyards,” said Kyera Singleton, the Executive Director of the Royall House and Slave Quarters. “Harvard Law School’s investment in our museum and our mission will help us continue to make the history of northern slavery accessible. It is essential to me that our museum not only gives people the tools to reckon with the past, but also to explore how the legacies of slavery impact communities, particularly Black communities and communities of color, today.”

The Royall House and Slave Quarters functions as a site of memory. In the eighteenth century, the plantation was home to the Royalls, the largest slaveholding family in Massachusetts, and at least sixty enslaved women, men, and children whose forced labor helped build the Royall family’s wealth. As one of the only remaining freestanding quarters, where enslaved people lived and worked in the North, the museum bears witness to their lives, to the intertwined stories of wealth and bondage in pre- Revolutionary Massachusetts, and to the resistance and political and legal activism of enslaved and free Black people in the 18th century.

The cooperation agreement and donation announced today follow the release by Harvard University of a report on Harvard and the Legacy of Slavery, which recounts in detail the many ways Harvard University participated in, and profited from, slavery, as well as the long and painful history of discrimination against Black people by the University long after slavery was abolished by the 13th Amendment. In addition to the steps the University is taking to implement the report’s recommendations, Harvard Law School has announced several initiatives to commemorate and honor the enslaved people whose labor generated wealth that contributed to the School’s founding and to better understand the legacy of slavery and the unfinished work of advancing racial justice. 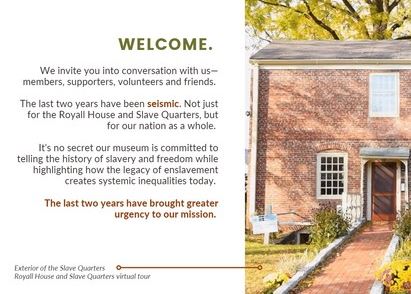 With your help, the Royall House and Slave Quarters has thrived as an organization. We grew our team, expanded our community partnerships, and reached thousands of new people across the country through our virtual programming. We are so excited to be at the forefront of telling the history of northern slavery and we hope to see you all along the way as we continue to do this vital work in Massachusetts.

We are thrilled to share our first Impact Report, which highlights the museum’s growth and major achievements since March of 2020. 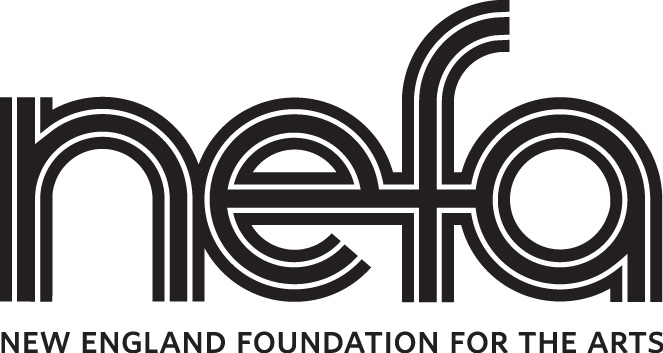 We are very excited to announce a $10,000 general operating grant from NEFA, received in October to supplement the $15,000 grant awarded last spring. This funding targeted small and midsized cultural organizations that have been most at risk during the pandemic, including historically under-resourced organizations, as well as those serving under-resourced populations, communities, and/or art forms.

The Royall House and Slave Quarters is honored to be supported by the New England Foundation for the Arts through the New England Arts Resilience Fund, part of the United States Regional Arts Resilience Fund, an initiative of the U.S. Regional Arts Organizations and The Andrew W. Mellon Foundation, with major funding from the federal CARES Act from the National Endowment for the Arts.

We are proud to announce that the Royall House and Slave Quarters is one of 140 local nonprofits to receive grants through Cummings Foundation’s $25 Million Grant Program. Our organization was chosen from a total of 590 applicants during a competitive review process, and will receive $250,000 over 10 years.

“We are enormously grateful to Cummings Foundation for its faith in our museum’s work to tell a complex story of slavery and the contestation over freedom in America, and to amplify how the legacies of enslavement affect communities today,” said Royall House and Slave Quarters executive director Kyera Singleton. “The foundation’s long-term commitment will help us make the history of Northern slavery accessible and expansive through a social justice lens, supporting the staffing necessary to expand the interpretation of the museum through new programs, educational offerings, partnerships, and exhibits.”

The Cummings $25 Million Grant Program supports Massachusetts nonprofits that are based in and primarily serve Middlesex, Essex, and Suffolk counties. Through this place-based initiative, Cummings Foundation aims to give back in the area where it owns commercial buildings, all of which are managed, at no cost to the Foundation, by its affiliate, Cummings Properties.

“We aim to help meet the needs of people in all segments of our local community,” said Cummings Foundation executive director Joel Swets. “It is the incredible organizations we fund, however, that do the actual daily work to empower our neighbors, educate our children, fight for equity, and so much more.”

About Cummings Foundation: Woburn-based Cummings Foundation, Inc. was established in 1986 by Joyce and Bill Cummings and has grown to be one of the three largest private foundations in New England. The Foundation directly operates its own charitable subsidiaries, including New Horizons retirement communities in Marlborough and Woburn, and Veterinary School at Tufts, LLC in North Grafton. Additional information is available at www.CummingsFoundation.org.

We are thrilled to announce three recent grant awards from Mass Humanities that will help support adult programming, scholarly research, a new virtual exhibit, and youth education at our museum.

Funds for “Expanding the Story of Northern Slavery” will support new archival research on slavery in Massachusetts and the people enslaved by the Royall family, with a goal of relaunching our site’s historic interpretation through a new virtual exhibit, tour revisions, and community conversations about the local history of slavery and its legacies today. This $15,400 matching grant from Mass Humanities has been provided through the Massachusetts Cultural Council.

And, a $1,500 grant from the Mass Humanities Bridge Street Fund will help sponsor three online programs this fall, including the Poets on Craft event with Cave Canem Foundation in November. Watch this space for details on these programs. 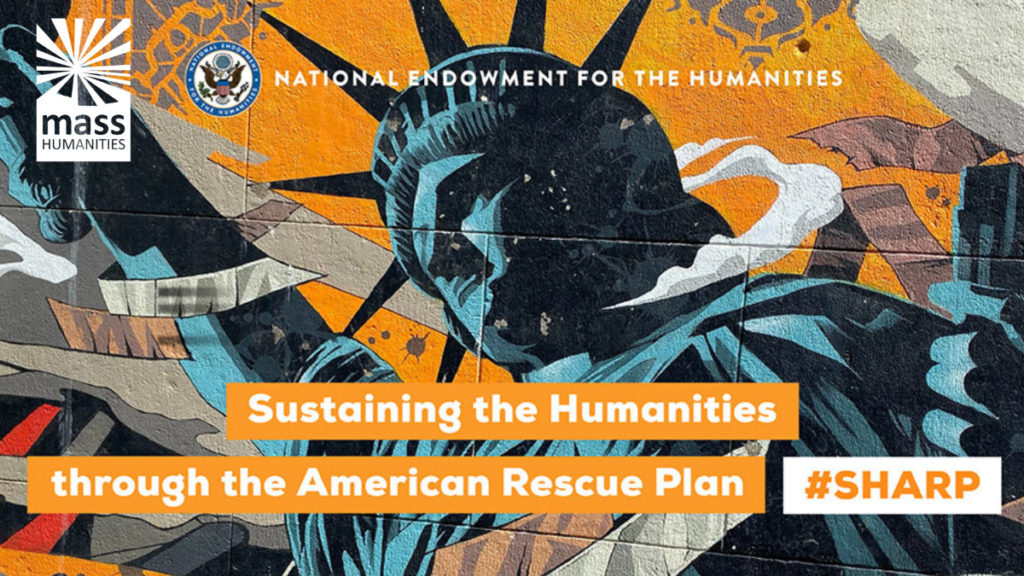