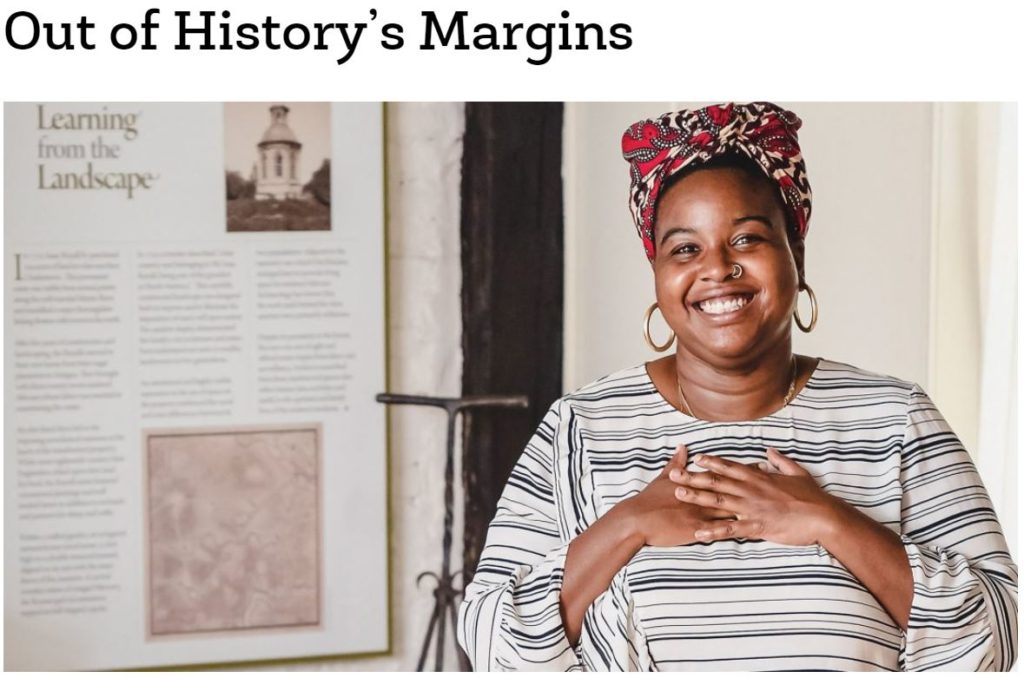 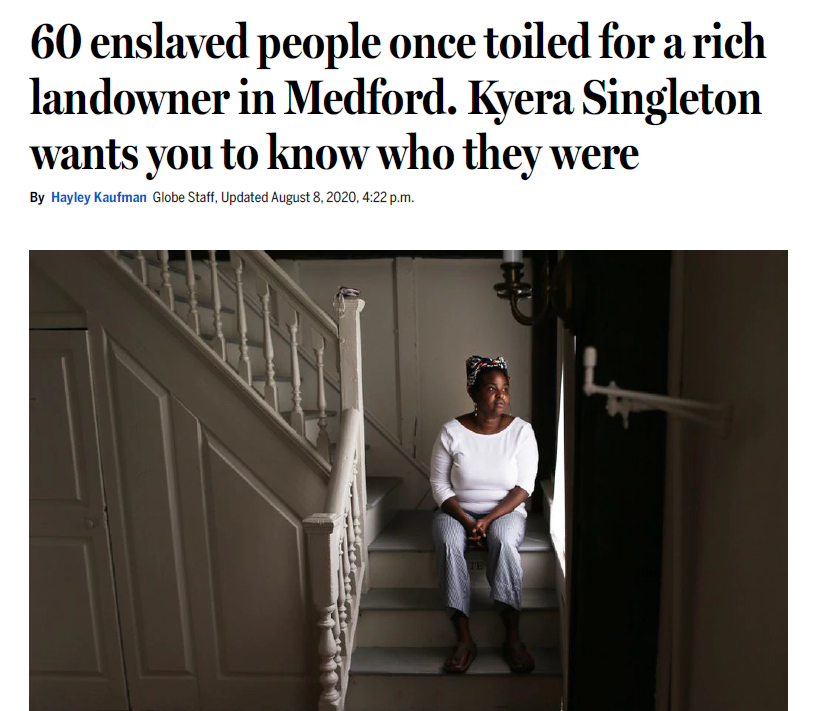 In conversation with the Boston Globe, Executive Director of the Royall House & Slave Quarters, Kyera Singleton, shares her thoughts on the past, present, and future of our historic site and its place in the public memory of slavery and its legacies.

“What are these longstanding historical racial and social inequities that exist that really hurt Black communities today? What are the roots they have in enslavement? Let’s talk about it. Let’s be honest about it.”

In this issue of the Boston Globe, historian Tiya Miles explores the commemoration of slavery at former plantations across the country – including the Royall House and Slave Quarters. Quoted in the article, RH&SQ Executive Director Kyera Singleton shares, “I cannot stress enough that the Royall House & Slave Quarters is a museum that seeks not only to get the history of slavery right, but also to function as a site of memory…..I believe one of our strengths is the ability to help people reckon with our current political movement by being honest about slavery and the legacies of enslavement today.” 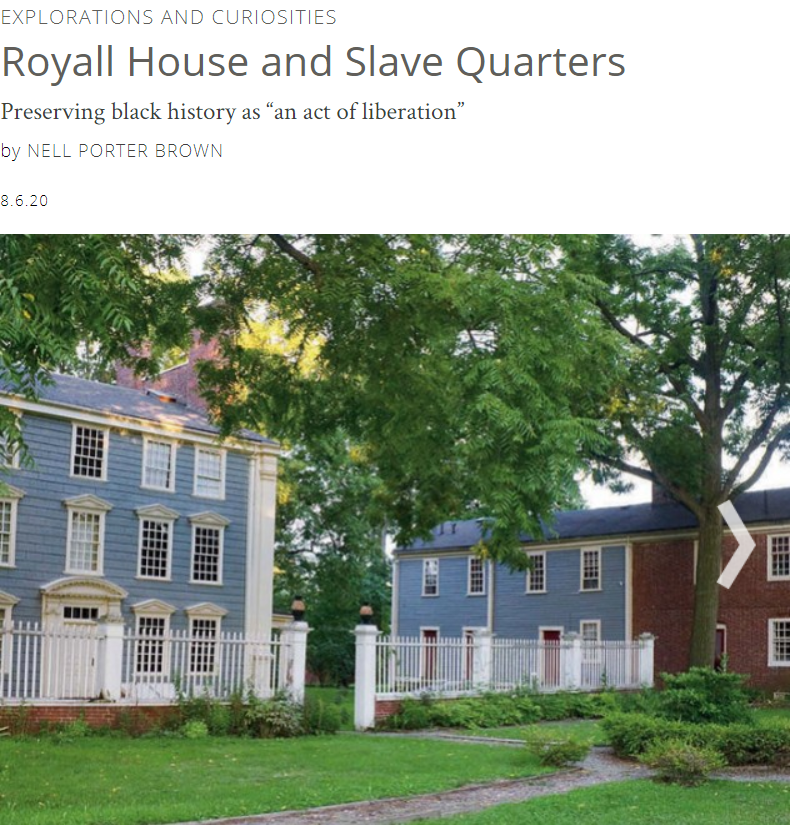 Harvard Magazine, “Preserving Black History as an ‘Act of Liberation'”

In the August 2020 issue of Harvard Magazine, read a conversation with new Executive Director Kyera Singleton on the history of the Royall House & Slave Quarters, and what makes our museum so essential: “I believe the preservation and amplification of black history, which is American history, is an act of liberation.” 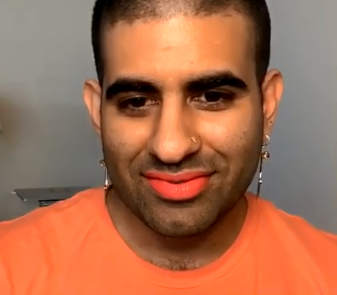 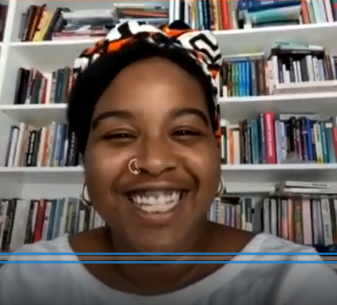 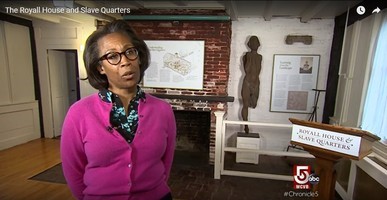 In the latest issue of the Tufts Museum Studies Program alumni newsletter, current Cummings Fellows Uella Rodriguez and A. Sheree Brown share their experiences working with the Collections at the Royall House & Slave Quarters. 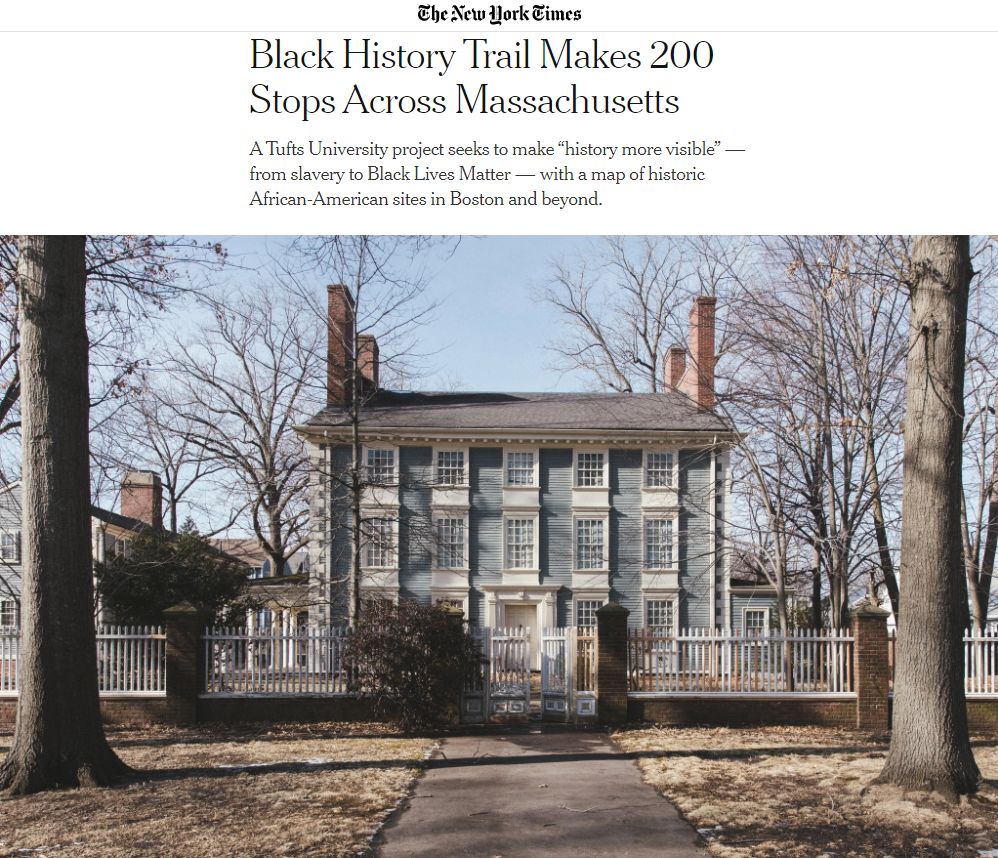 An initiative of Tufts University’s Center for the Study of Race and Democracy received significant media coverage during Black History Month in February 2019, and we were honored that the Royall House and Slave Quarters was one of the sites featured prominently in those stories. Co-directed by history professors Kendra Field and Kerri Greenidge, the African American Trail Project maps more than 200 sites in Massachusetts that tell the story of African Americans from colonial enslavement through the 1970’s.

The New York Times article by Katherine Q. Seelye includes the photo shown above, as well as two other evocative photographs of our site by Cody O’Loughlin. The Trail was also featured in Tufts Now, Smithsonian Mag, and on WGBH Radio. 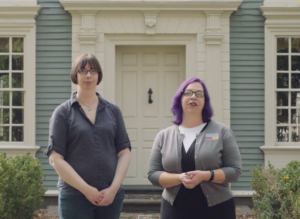 Stuff You Missed in History Class, “Wealth and Slavery in Massachusetts”

Tracy V. Wilson and Holly Frey, co-hosts of the popular Stuff You Missed in History Class series, featured RH&SQ in “Wealth and Slavery in Massachusetts,” a terrific video about the Royall House and Slave Quarters, and the companion podcast on “Belinda Sutton’s Post-Enslavement Petitions.”

“The luxurious mansion and the stark slave housing—the only known freestanding slave quarters in the northern United States—along with many artifacts uncovered during extensive archaeological digs, vividly demonstrate the dependence of the Royalls’ lavish lifestyle on black labor.”

“Controversy erupted this year over Harvard Law School’s seal, which featured the crest of the once-slaveholding Royall family. But long before the current firestorm, the story of Isaac Royall, Jr. quietly lived on in his former Massachusetts house—now a museum….”

Read About the Royall House and Slave Quarters in the Yankee Magazine Article, “The Memory Keepers”

“Small history museums … have a story to tell if they can be revived. We’re never free of the past. Or as Ralph Waldo Emerson wrote, ‘The Past will not sleep, it works still. With every new fact a ray of light shoots up from the long buried years.’ I thought about this when I picked up a brochure for the Royall House & Slave Quarters. We know that Northerners had slaves, but we’ve forgotten the real story for a more convenient tale about the righteous North. The Royall House is a prime example of what a revival looks like.”

Read more of The Memory Keepers by Howard Mansfield in the March-April 2015 issue of Yankee Magazine. 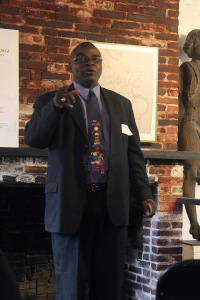 Since founding The Slave Dwelling Project four years ago, historic preservationist Joe McGill has slept in some 60 cabins and quarters across America that once housed enslaved people, and his goal is to stay overnight in all that remain. By focusing attention and resources on preserving these historically important dwelling places, he is also helping to ensure that the people who lived in these structures are remembered. We were honored to have welcomed the Project to Massachusetts in October for an array of special events, made possible through the generous sponsorship of Tufts University.

On November 2, 2014, Boston Globe North featured “embedded” journalist Clennon King’s article about the recent overnight at the Royall House & Slave Quarters led by Joseph McGill Jr. We are grateful to the author for capturing the essence of this unique experience through his story, photos, and accompanying video.

“Tucked away in a Boston suburb, the Royall House and Slave Quarters offers a sobering and singular reminder of the past,” writes Aimee Seavey. The Yankee article, entitled A Powerful Voice, from the March-April 2014 issue, continues, “While the Colonial-era existence of Northern slavery is a shameful truth, the museum, as the only recognized example of freestanding slave quarters remaining in the North, embraces its role as an opportunity for education. Read the full article.

“One House, Two Histories in Medford:” Article and Editorial in the Boston Globe

Years ago, a museum housed in a historic estate focused on its wealthy loyalist founder. Now it’s being recognized for bringing to life the history of slavery in Massachusetts. Read the full article and editorial in the Boston Globe.

“Slavery in Our Midst”: Article in Tufts Magazine by Hugh Howard

“Even today people suffer from what Tufts anthropology professor Rosalind Shaw has called “social amnesia about the role of the slave trade and the presence of slaves” in the North. The truth is that for more than a century and a half, every colony in the New World was a slave colony.” Read the full article in Tufts Magazine.